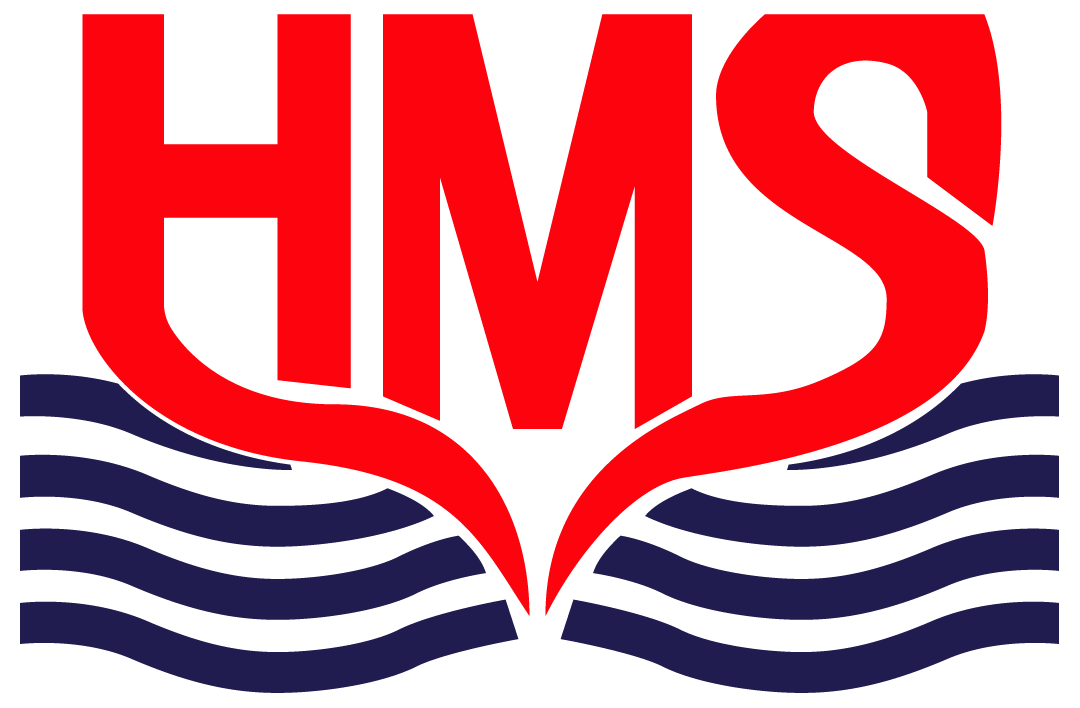 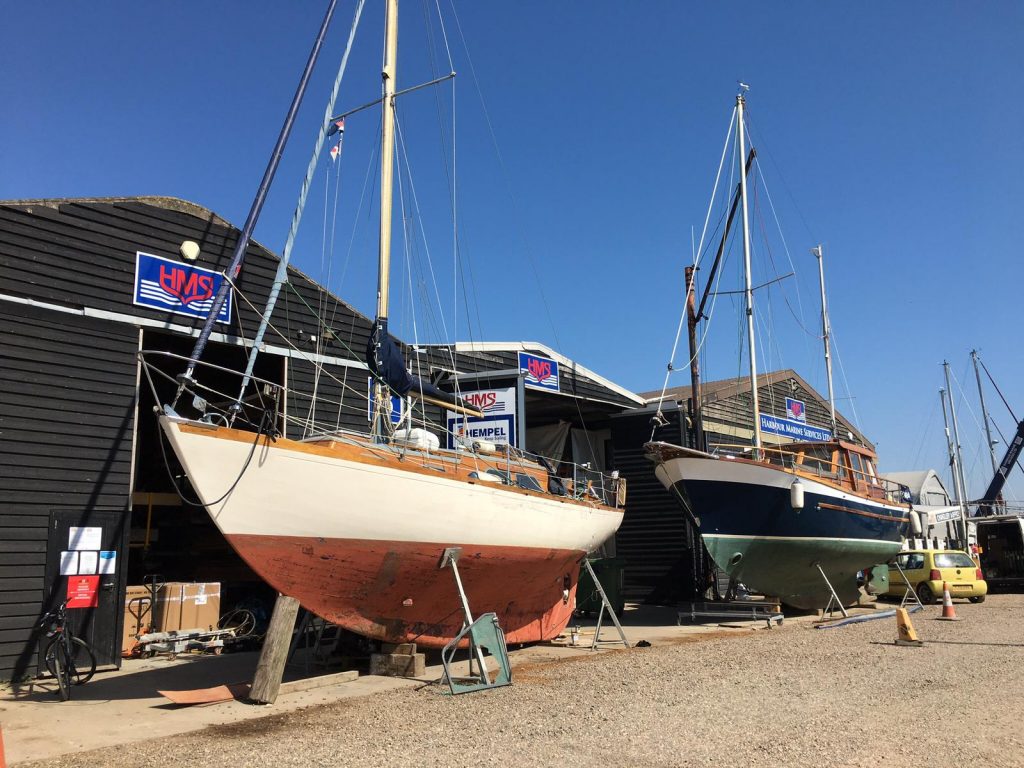 As we come to the end of what seems like a very short 2020 boating season both the Southwold and Ipswich yards are gearing up for a busy winter with a number of new boats arriving for mini and major refits and those existing projects nearing completion. If you have a project you would like […] 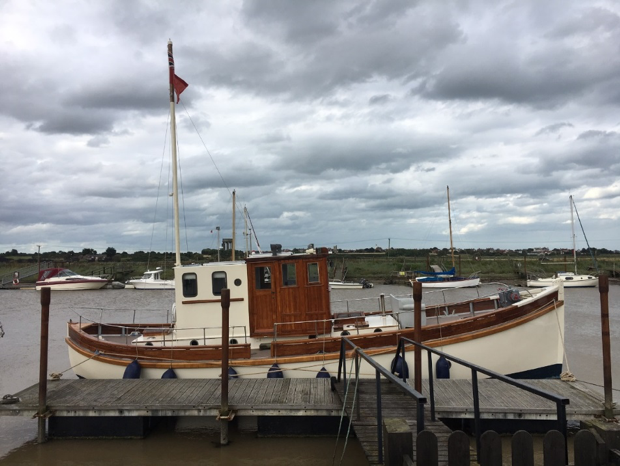 Fully restored between 2013 and 2017, at Harbour Marine Services Ltd., Southwold, “Foresight” is now berthed on her own mooring on the Walberswick side of the River Blyth, enjoying stunning views of both Southwold and Walberswick. The pontoon and walkway were also rebuilt in 2014, including a lockable storage / bike shed. 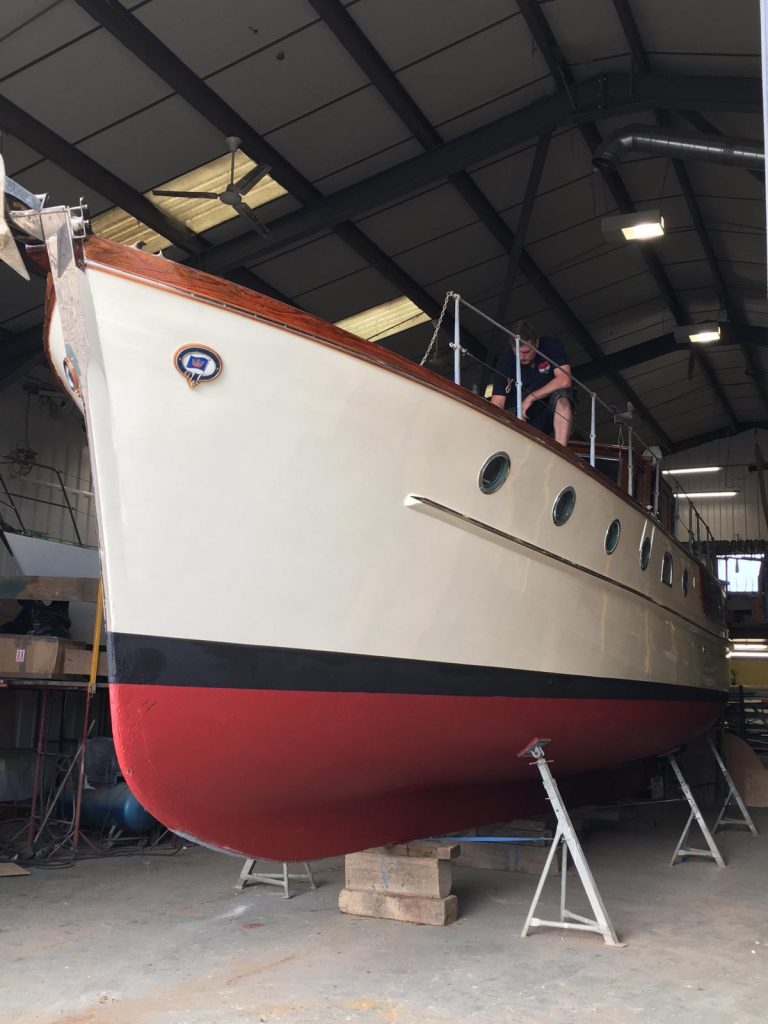 This is Meridies a 1937 46ft Silver Leaf class boat, she has been a regular visitor to HMS over the years and has just had her topsides revarnished and the hull re-painted prior to her sale through Sanderman Yacht Company. 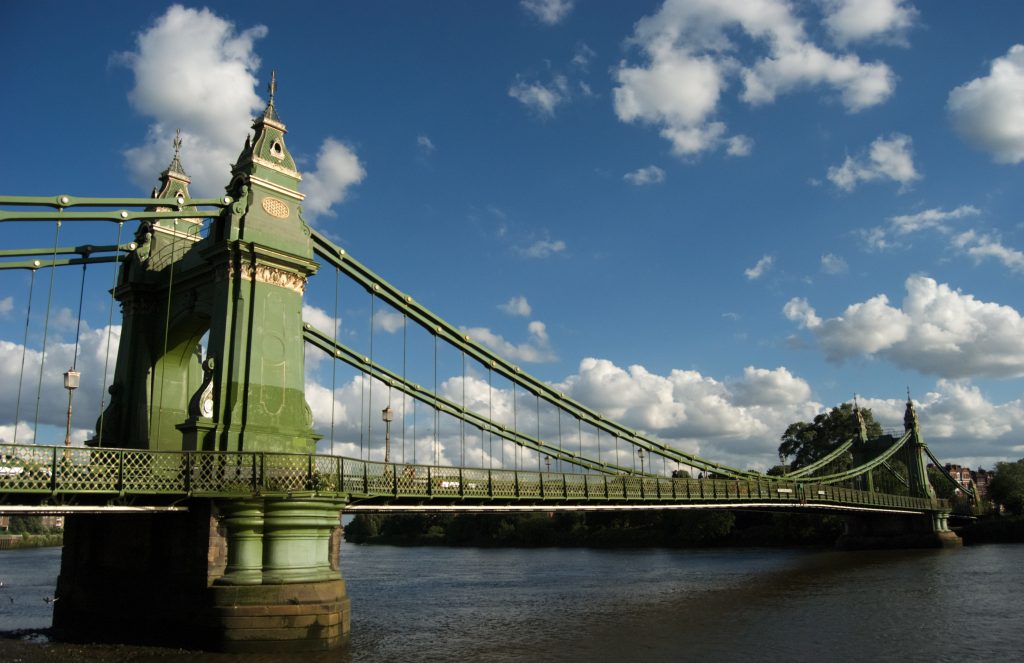 With so many of our customers based on the Thames the closure of Hammersmith bridge has caused a huge inconvenience, it has also separated fleets such as the Association of Dunkirk Little Ships with the fleet on different sides of the bridge! The historic bridge is at risk of collapsing and the structure has serious […] 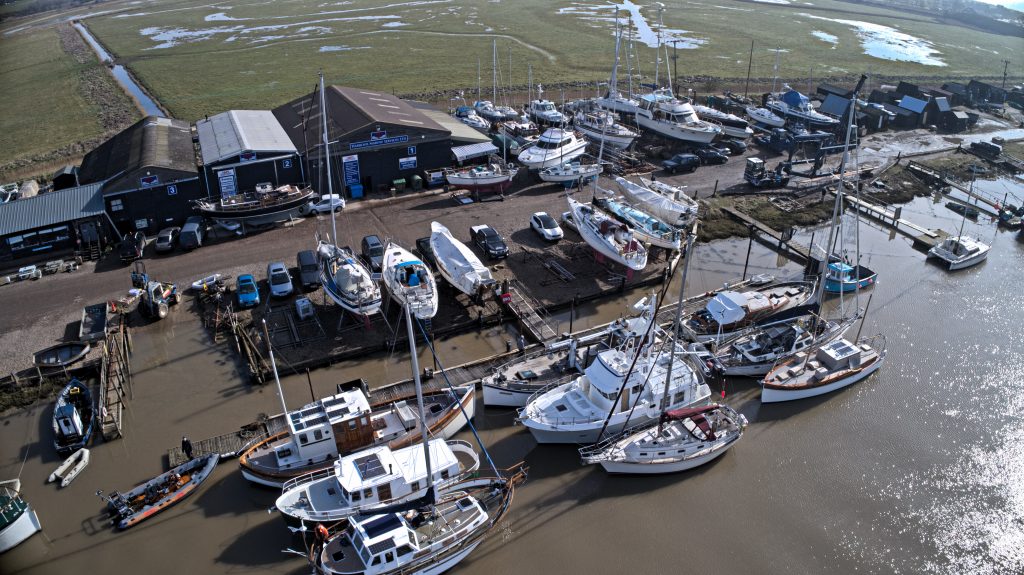 Despite the strange times, it is a busy time at both Southwold and Ipswich boatyards. Although there was some delay in the start of the season with lockdown now eased boat owners are starting to use their boats, and discovering jobs, plus we have the ongoing larger projects. 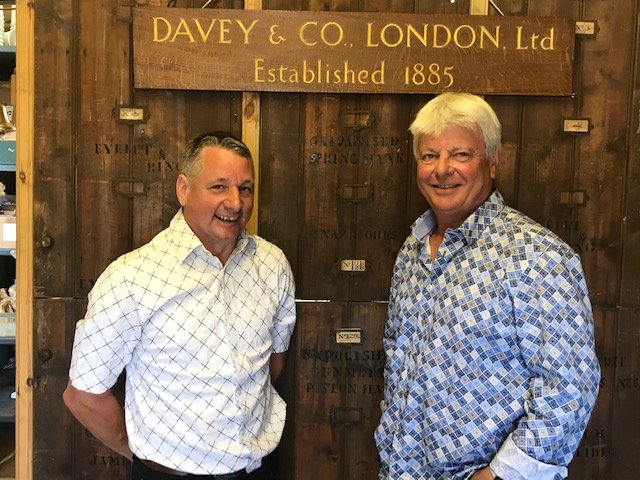 The future of Davey & Company London Ltd, the heritage boat-fittings manufacturer, is in safe hands following its recent acquisition by John Buckley, owner of Harbour Marine Services Ltd.  This seals the long-standing connection between the two companies, born of Harbour Marine’s specialism in restoring many Classic vessels including several Little Dunkirk Ships for which […] 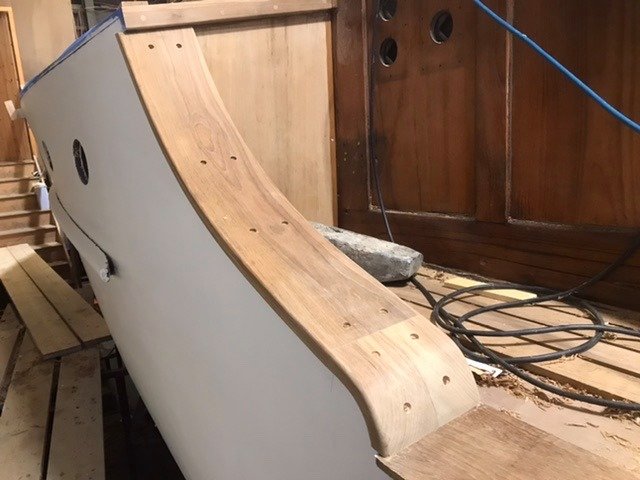 Dunkirk Little Ships Update Unfortunately but not surprisingly the Dunkirk little ships 80th Commemoration event has been cancelled in May, so the race to get all the boats completed by then has been eased, the HMS team are however still cracking on with great British spirit to get Maimonde and all the others finished. Share […] 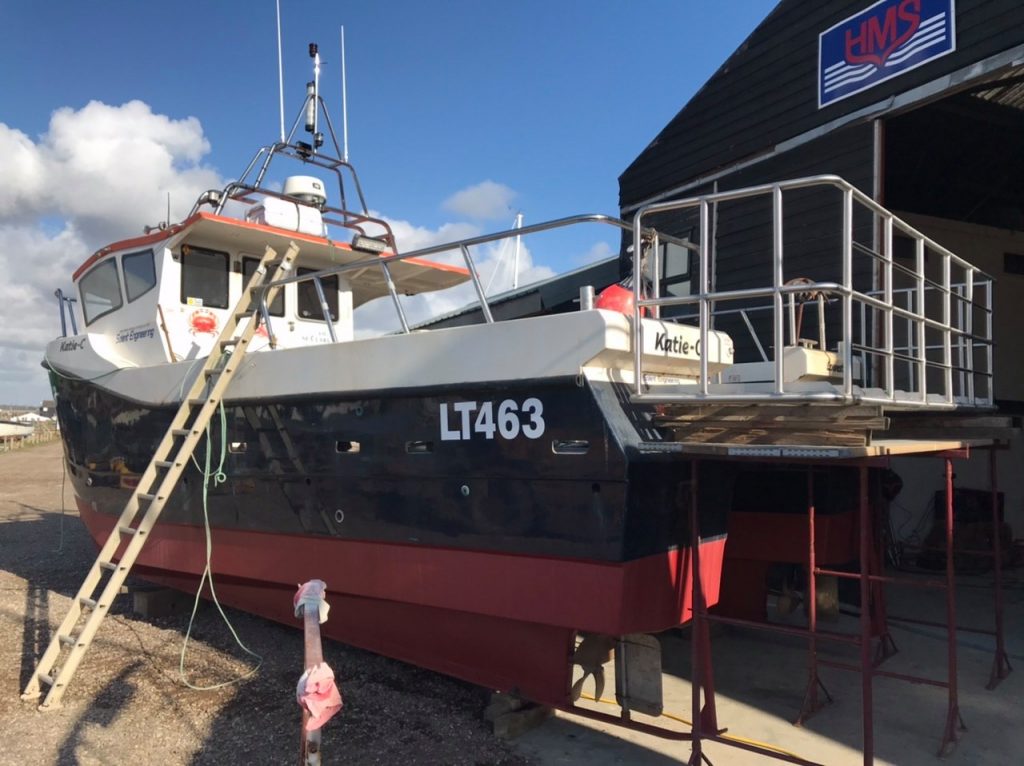 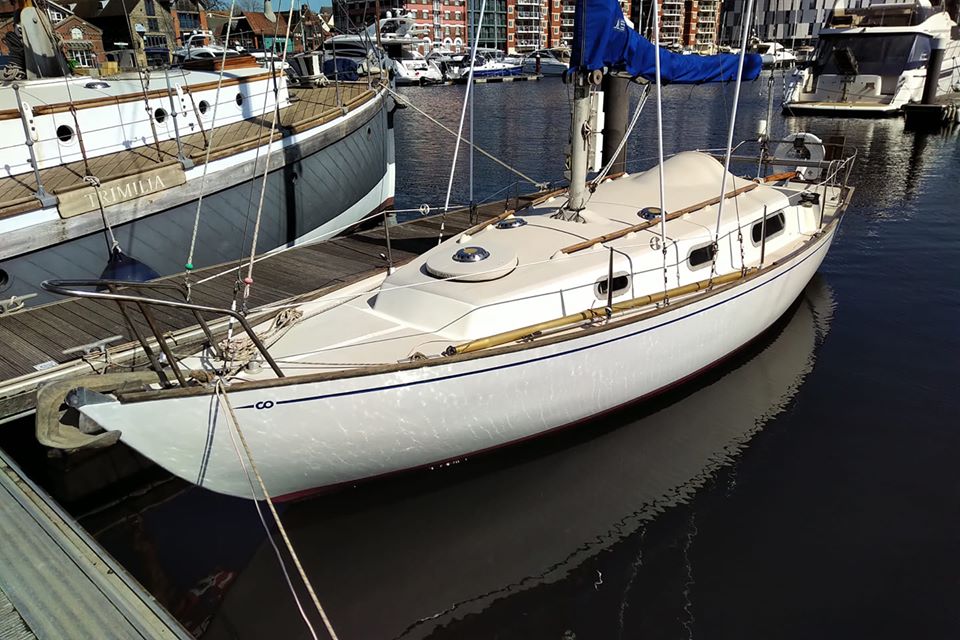 Harbour Marine update We remain busy at our Ipswich yard which is open for business as usual. We’ve restricted access to the premises in order to comply with social distancing regs, but all is much as normal apart from some sensible precautions. Happy to estimate for new projects large and small so don’t hesitate to […]